What is Genius? Part V - Environmental Circumstances and Conclusion 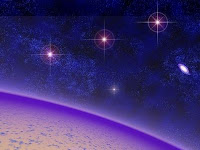 My previous posts explored internal contributors to genius, but one external factor cannot be overlooked.  Environmental circumstances are essential to genius.  Being at the right place at the right time, having the right family, teacher (or mentor) are keys to one's success.  Some say this is luck, but I say it is more.  The stars essentially have to align for a genius to become a genius.
Take Terence Tao for instance, widely recognized as one of the best minds in mathematics today.  He was born in Australia to Chinese parents who emigrated from Hong Kong.  Winner of the Fields medal at 31, Tao was a child prodigy.  His father was a doctor; his mother a math and physics teacher.  Hence the brains.  Early on, Tao's parents encouraged their  son to learn at his own (fast) pace and his elementary school tailored a specialized gifted program for him.  Tao surely has intelligence, creativity (in order to win the Nobel equivalent in math), and a lot of grit as he often humbly emphasizes that hard work is required.  But he also had great supportive parents and schools that allowed his giftedness to blossom.  Even his father once remarked had Tao lived in a war-torn country, "he would had no chance."
Many other geniuses also have the stars to thank in their rise to meteoric success. Most Renaissance greats such as  Leonardo Da Vinci and Michelangelo had good mentors in their formative years.  The Curies enjoyed a husband-and-wife partnership, supporting each other in their pursuit of radioactivity and discovery of new isotopes.  George Washington Carver, though born into slavery and battled racism in his early life, was backed by civil rights believers who sent him to college against social norms.  He eventually went on to become the most prominent black scientist of the 20th century.
In conclusion, when promise and opportunity collide, the chances are good for genius to be born.  There is one final thing however: take action.  The promised one needs to recognize and seize an opportunity when their paths cross.  Taking action is easier said than done however.  Unfortunately, life can easily return to mediocrity if an opportunity is missed.  Hence don't overthink.  Take the leap.  After all and paraphrasing Mark Twain, ignorance and confidence have led many to success.  The difference being, in case of genius, ignorance is a choice.
- PTS
Intelligence Popular Science

Happy New Year! With the arrival of 2022, it is time to put my resolutions to work:  Improve my golf game with a sub-30 handicap (yes, I am that bad) Remaster my butterfly stroke in the pool  Become an advanced chess player by scoring 1500+ on  Chess.com   Write more blog posts by finding a focus topic(s).   No world peace this time, but each goal carries with it a deeper meaning for me -- hence the excitement.  Let's get started! - PTS
Read more

Another Earthquake in New Zealand

A magnitude-6.3 earthquake today hit Christchurch, New Zealand. Although less powerful than the one that struck in September last year, it is much more devastating. Many buildings in the city were demolished, including its iconic cathedral. The casualty toll currently stands at 63, but is expected to climb above 100 in the next few days. Today's earthquake struck 45km west of the city and is only 5km below the surface. This aftershock is much closer than the quake that registered five months earlier. My condolences to those affected and I hope the city can rebuild from this unfortunate episode! -PTS
Read more

July 23, 2009
I usually keep my day job within the 9 to 5, but couldn't help thinking about a recent advertising campaign from a Software as a Service (SaaS) company with which I am intimately familiar. NetSuite has claimed that a company going SaaS will save an average $10 300 USD per year in energy bills. These savings result from removed server and ventiliation costs. With over 6 000 customers, total savings are $61 million per year. This is equivalent to 595 million kilowatt-hours (kWh) annually, or nearly 423 000 metric tons of carbon dioxide, or 1 million barrels of oil, or the average electricity consumption of 56 000 homes a year. For the sake of the environment, wouldn't you turn off your servers and let NetSuite host your business? For me, it takes a little more than those numbers alone. However, I commend the company for shrewd advertising! Perhaps future green energy subsidies in the US will tip the scale. Regardless, this is a very interesting topic given my vested interest i
Read more